Night of The Living Deb!

After a girls’ night out, endearingly awkward Deb wakes up in the apartment of the most attractive guy in Portland, Maine. Pretty boy Ryan only knows it was a mistake and ushers her out the door into a full-scale zombie apocalypse.

I took a chance as I saw this movie available on Prime Video. I wanted to watch it before but never had the chance. Overall, a good funny movie with some classic zombie tropes and unexpected yet hilarious twists. This is a short review!

So not your typical movie, it has the girl going after the boy, the better looking and rich boy who has a model looking ex-fiancé. After a one night stand it is the man who disregards the woman, which is somewhat expected, but she is looking for more. They are forced together after discovering what they believe are zombies.

The pair survive and the movie has good acting and dialogue. I thought it was a cheap made movie until it started. Then I realised it was actually worth it. Whoever wrote it well done, perfect chemistry between main characters. Gets somehow funnier when they arrive at his fathers house. Typical zombie fighting. She is a reporter and wants to be a news anchor.

What sets this movie apart is the realistic relationship between the couple, which develops as the movie progresses. I found it quite heartwarming, despite the humour which I found consistent. I was going to give 4 stars but am giving more because of a twist. It turns out his father was responsible for unleashing a parasite on the water supply, which cannot be transmitted through bites. The fact the movie addressed this was excellent, finally a film which acknowledges how poor a bite is at passing parasites! Anyway it is only those who drink the water who are infected.

Highlight is the easy viewing and comedy, not being over the top, dialogue being top notch and acting great. One scene involving a woman in lingerie bouncing on the bed which was mistaken for sex noises did have me red in the face. Maybe I’ve grown out of that sort of humour, although I found the reaction of the bloke downstairs hilarious (tearing a sandwich apart as he wanted to ‘bang her’ again). It’s smart and witty and not too complicated. We get the happy ever after. Touched my heart on more than one occasion because I am a big softie. Do I recommend this? Yes, I do, if you like zombie, comedy, romance or horror, then consider it. I think of this like a more feminine version of zombie movies simply because of the focus on the woman. 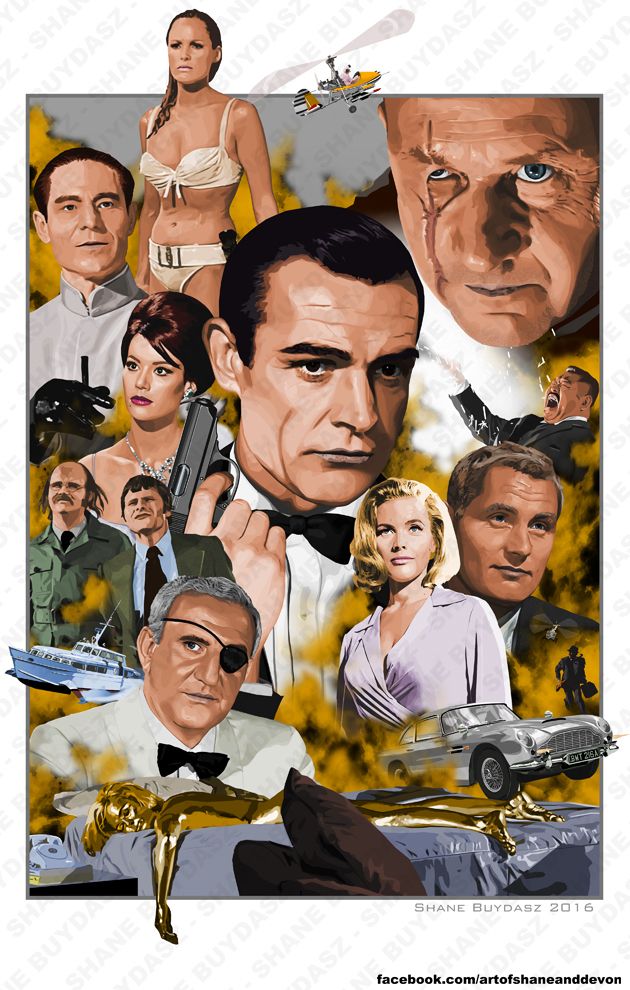 Sean Connery leapt onto the movie screens as James Bond in 1962 movie DR NO. From there Connery went on to become the most recognisable British agent in the world, setting a legend and undefeatable position as the ultimate spy from British MI6. Nobody would ever beat him as 007.

However, Connery made a surprise return in super awesome Diamonds are Forever (1971), appearing slightly aged as he was now in his 40s. However this was the last film Connery would appear in as James Bond. The era that started the Bond franchise, the best movies ever made, the most underrated time for the franchise which later went on to be the biggest in the world. It was huge in the 60s, and thanks to the glorious novels that Ian Fleming gave us, the books provided a solid real grounding and likeable backstory for this icon. Fleming died in 1964 and did not see the success of the series as it was turned to film. He witnessed the beginning though, and probably knew what it would become. The James Bond novels which he wrote are great and I encourage you to read them even if you have seen the movies! He wrote them at his Goldeneye Estate in Jamaica!

Wait, there was a retelling of the story Thunderball in 1983’s movie Never Say Never Again! Sean Connery, despite saying he would never return to the role, came back 12 years after Diamonds are Forever at age 52 to reprise the role he essentially helped to create. Although the movie gets a bad reputation as being a rip off of actual Bond movies, it is in fact a James Bond movie, and a good one. It is enjoyable and thrilling, and Connery does not show any signs of slowing down in it. I do prefer the original Thunderball though, simply because it is the best James Bond ever made (Top 3 at least), but I will come on to that later.

Sean was young, following a brief stint as a bodybuilder he became the ultimate spy, a womanising secret agent who smoked, drank and gambled with no remorse, and he killed people. Who was this cool, laid back, 6 ft dark haired gent with thick accent? It was every mans fantasy, or how they might see themselves. Bond was how many men wanted to be, and at a time of great changes, it is understandable that he was very popular. The 60s movies don’t come across as offensive toward women either, they do objectify women slightly, being Bond’s sex and nothing more. But, many of them are villains, play strong characters and don’t just sit in the background. I think the films are still good, and still acceptable to watch.

The first 3 movies solidified his position and it paved the way for a high standard. Actors had to be in top physical condition and all Bond actors including Daniel Craig have complained at least once about the requirements for the role. I believe actors like Pierce Brosnan jogged on moving trains for the movies, jumping carriage to carriage. Sean Connery had the edge from the beginning, being a bodybuilder. He had that physical strength and in the movies you can see the muscles on his shoulders, particularly in Dr No, when he is captured and put into the cell, wearing a white t-shirt. What came after the first 4 movies was more about the character already being well-established. It gave fans nostalgia of the previous movies, and relied not so much on the original scripting and direction as it did stunts and ‘being cool fighting’.

One scene in You Only Live Twice, when Bond flies Little Nellie, a cool little copter, is a stand out scene. Alongside the jetpack in the opening to Thunderball. Or the scene where Bond swings from a skyscraper in Diamonds are Forever using 2 thin sets of strings. What about in Goldfinger, when Bond is driving his car down the alleyway directly at an oncoming vehicle, only to crash into the wall, and we discover it was a mirror? All memorable and tense moments from a series of movies which will always be the best. I say again, Sean Connery’s movies were the best. Yes, there were other great films to come, some of which are my favourite, but the originals really are special. They are nostalgic, magical, professional and extremely well made. I cannot imagine how excited they must have felt in the 60’s going to see one of these classics at the movie theatres.

My reasoning could go on, but the main winning point being the fantastic scripting, acting, direction, music scores, drama, storytelling, humour and wit and winning production crew making the most fantastic worthwhile movies in history. No expense spared in terms of quality, which is what makes them the best. You see, a fantastic line, delivered in the perfect setting can win a scene more than shooting and action ever could. The 60s was a decade of good movies, period. James Bond being born in that decade is no coincidence. An era of genius film makers and dedicated studios, including Pinewood studios where Eon Productions filmed the movies.

Dr No, From Russia with Love, Goldfinger

Thunderball – to demonstrate my point it gets the full 5 stars. This is the high point for Sean Connery and the early Bond movies. You need to watch this to appreciate the scale of both the acting, script writing, direction, and overall production, being one of the best movies ever made, in film in general.

You Only Live Twice, Diamonds are Forever – not that I don’t think they are great, just to prove that the peak resulted a inevitable decrease which would continue.

Never Say Never Again – the rogue Bond movie of 1983, and aged Connery but nonetheless a gripping retelling of Thunderball. What a hidden gem, and having the original Bond return for the role must have been a brilliant surprise.

We said goodbye to a 90 year old Connery in 2020, but his legacy lived on for many years. He went on to star in so many famous movies after James Bond that to think he played the original is a little surreal. I really am grateful that I have had the joy of his movies since I was a child. Without him as Bond it would not be the same. I don’t want to discredit other actors playing the role, as they all brought unique qualities to the position. For me, Timothy Dalton was brilliant and so was Pierce Brosnan, both for the same reasons, their movies were high tech, multiple gadget action movies which had such thrilling action. I rate The Living Daylights and Goldeneye in my top 10. 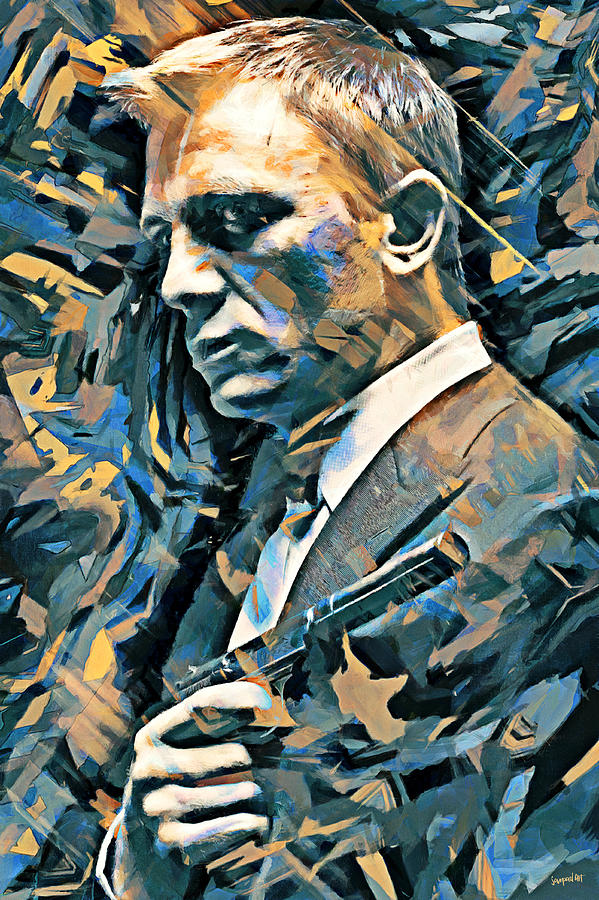 I had to make a post because I just switched Amazon Prime on to find the new James Bond movie has been added. That’s right folks, No Time To Die is now available for prime video customers.

It gets better, as they have added all the all the other James Bond movies! A View To A Kill is one of my favourites! They even added the comedy spoof original Casino Royale with Peter Sellers and David Niven! They added Never Say Never Again, not even technically a Bond movie, but nonetheless classed as a remake of Thunderball! I absolutely love the movies and have watched them all many times since I was a child. It really is my favourite movie franchise. I would say I spent a considerable amount of my childhood nights watching and rewatching the movies. Heroes don’t come in many forms, but James Bond is the best regardless.

Now I have got that out the way… do you like James Bond? Which Bond is your favourite? Which movies are your favourite? I love A view to a Kill, The Living Daylights, Goldfinger, Diamonds are Forever, Never Say Never Again, Skyfall, Goldeneye, and all of them!