This weeks exclusive sees us transcribe as closely as possible this auditing situation which unfolded outside of a busy police station. (Quiet) For security purposes the actual recording was burned.

Police officer: ‘Why you filming then?’

Auditor: ‘None of your business sausage. Why are you filming? Muppet.’

Police officer: ‘For what reason are you filming?’

Auditor: ‘I’ve already told you sausage, none of your business sunshine. Jog on back to the meatwagon.’

Police officer: ‘You’re filming a secure location, you might be a terrorist.’

Auditor: ‘Oh jog on, here we go, section 43. How am I a terrorist? This is too funny, you need to learn your rights my friend. You don’t just come marching up to a member of the public and start demanding they tell you what they are doing when filming in public is perfectly legal.’

Police officer: ‘Not it’s not. This is private land, get off now or you will be searched under section 1 of pace.’

Auditor: ‘You are very rude sir. Go away, you’re dismissed you silly sausage, go on, jump back into the frying pan you lump of lard. Go on, jog on you Muppet. You’ll be hearing from professional standards for that, laying hands on the public for no reason. Back to your pig stye you cretin.’

The officer leaves the scene and our auditing buddy continues his mission. Fortunately he is uninterrupted for 10 minutes before the same officer returns, this time wielding a cup of coffee. He is smiling. The officer does not stop to talk but walks to the nearby police rapid response vehicle, enters and slowly drives away.

The continuing quest to enter the profession of the noble and historic barrister. I’ve been blessed to be able to sit in this warm apartment with my heating. I am blessed to be able to buy ready made meals, drinks and ‘accessories’ on will. Not everyone has those blessings or opportunities. A significant population of the world does not have access to clean water, nor do they get 3 meals a day… they may go hungry for days because they can’t afford food or there simply isn’t any available. Many live in unsanitary conditions and have to live in shacks. They are at the knife point of various drug and trafficking gangs and a lot will be killed before they reach their 20th birthday.

When you conjure up an image of justice in your mind, do you automatically picture a 1st world country court? Perhaps you envision a revolution, a crown court trial, a mother receiving restitution for the wrongly gained, or a child being reunited with their lost parents. Subjective, arguably, is the perception of justice. Not so fast, you see there is a definition and it goes like this ( according to – https://www.thefreedictionary.com/justice):

1) The quality of being just; fairness: in the interest of justice, we should treat everyone the same

2.a.) The principle of moral rightness; decency. b) Conformity to moral rightness in action or attitude; righteousness: argues for the justice of his cause.

3.a) The attainment of what is just, especially that which is fair, moral, right, merited, or in accordance with law: my client has not received justice in this hearing.

So we seek to maintain a just, fair society which is morally correct and any breach of that is to treat people differently and to breach the law. Of course, nowadays treating people differently has indeed become a criminal offence in some cases. You couldn’t now in the 21st century get away with homophobic or racist remarks. But, merely 50 years ago and indeed not even that long, people were saying these things more often. I personally don’t think there has been much of a change, but there is the fear now that one is breaching the law if they were to make such a ‘remark.’ Civilised society has become a bubble wrapped and tightly controlled arena, with the big cats with the money influencing huge policy makers and government. Private investment into new technologies and advertising has seen the general population brainwashed by morality propaganda. I’m not justifying those racist or homophobic remarks, or anything else that would breach protected characteristics according to the Equality Act 2010. Some of those include age, disability, gender reassignment, marriage or civil partnership and pregnancy or maternity. But, rather, I am saying that morality doesn’t need to be enforced, it is learned and one can choose to obey or not to obey. The latter will see you (if caught) being persecuted by the state or private corporation. The former will also do the same, rendering you a slave to the idea that somehow those individuals are ‘targeted’ and ‘victims.’ If you cry wolf that doesn’t mean you care what happens to the victims.

Trying to control what people think and telling them how to behave is a sure fire way to provoke even the most docile of humans. Why? Because we have autonomy and freedom of thought. You can tell a group not to discuss the elephant in the room, but at the end of the day, it’s there and they will discuss it. Criminal justice has been spiraling downwards for a number of years. Legal aid cuts, fewer pupillage spaces and a general lack of money at the bar drives people away from this extremely tiring job. Criminal barristers spend more time working than they are paid for. If society wants a just and accepting place for all, then instead of stoking the fires of inequality, hatred and fear, instead focus on improving the structure already in place and provide Just and moral outcomes within the criminal justice system, adjust the propaganda machine accordingly. We don’t want people in prison based on their opinions of society, we want people to be able to live freely and without fear.

Thanks for reading. Namaste and peace be with you.

Surprised that Dream Theater have already announced another album for release only a mere 2 years after ‘Distance over time’?

New album titled ‘A view from the top of the world’ is scheduled to release on the October 22, 2021. You can pre order the album now.

Following previous traditions of releasing a song early… or 2 or 3… new single ‘THE ALIEN’ is a powerful new song from Dream Theaters new album!

It runs over 9 minutes. I hope this new album has longer songs and a 24 minute song which is not unusual from the band, with most albums containing such long epics. Distance over time the exception, with no epic. However, that was a good, strong album which left much to be imagined about the future of the bands talent. Do they ever stop growing and progressing?

The video to The Alien is visually striking. Particular highlights being the use of space and alien technology to enhance the journey the viewer goes on. It’s an epic adventure, through space. Accompanying lyrics and guitar are great, with some sections whisking my mind back to the days of ‘scenes from a memory’ and ‘images and words.’

I can’t wait until the album is released. It’s great news. The band said in an interview that they had more spare time since they were not touring so they decided to hook up to do ‘what they do best’, make music. If the single the Alien is anything to go by, then I can imagine that the rest of the album is going to be quite the experience.

All the best, enjoy the music video below.

When you decide to embark on any journey, small or big, you are taking a chance on the unknown. The ocean is a big body of water, we can assume that it is full of fish, big or small. But, we can’t know for sure what is in there, not in its entirety.

Good morning all you loyal followers of Psychedelicized!

Up at 6:20am in anticipation of my alarm which was set to ring at 7am. I thought to myself, if I wait until the alarm goes off – buzzing – then I am more likely to a) be annoyed at the sound and b) avoid getting up for another hour or possibly not at all.

First official day on the campus for my course. I was experimenting with wake up times, starting with 5am for a while, then 6am, then a bit inbetween. Now I realise that 7am will be about right, or just before, as I need to be in Manchester city centre for 8:30 latest. Today is different, i have to be there on campus at least 30 minutes before the 9am start as to gather the ID badge and other materials. Probably some sort of induction.

I am glad I attended the tour back in August! Feels much more inviting when you have a brief idea of the layout. I also bought a nice leather backpack last month. It looks good in Italian leather, and has a usb cable to charge the phone on the move. I won’t be needing to use it as I don’t have a portable charger device or a smartphone (at the moment). It won’t be big enough to fit my books in I don’t think so I am looking to get a small suitcase that can accompany me… I will try to fit it all in the bag, sort of, for now at least.

Anyway, here is the poem – Sunrise

I knew from Linkedin posts that my degree was probably delivered yesterday and sitting in my letterbox.

Where is my letterbox and how do I find that? Nobody told me how to do it…

Anyway it was, and now I have a certificate.

Wait, mommy, didn’t the scarecrow get a certificate at the end of the wizard of oz? Yes Shandelier, he did, and he also came to a great realisation.

Anonymous student: “Hang on, there’s a certificate at the end?”

I found the certificate in the letterbox within a card envelope. Printed in the lower corner the words, ‘certificate, do not bend.’ I wonder what would have happened had they sent it via tracked and signed? Would they have just dumped it outside the building to blow away in the wind?

I haven’t achieved anything in passing the course. I haven’t gained anything in receiving the diploma certificate. If anything, I have lost time, money and life that could have been better spent elsewhere.

I used a frame I already had, but I want to buy a black frame as it seems to match my tv stand better.

Here’s a shout out to all recent graduates, may your money have been better spent elsewhere.

What am I talking about? I am laughing all the way to the bank! Law is one of the few subjects worth doing at university along with medicine. Doctors and lawyers being some of the only careers left worth having an education for, essential!

I decided to open a small café and you can order very basic meals. Pie and chips being the staple. Coffee is optional but always wanted. Tea is less desirable but nonetheless always sought after with biscuits, cake or scones in some variety of flavours with jam or butter. Welcome to Café Bleu!

We’ve run into a snag and the food health safety experts with high visibility vests and clipboards have given us a meager hygiene rating of:

Please, do us at Café Bleu a solid and give us a good rating. Otherwise I fear those old folks are going to come back with red pens. 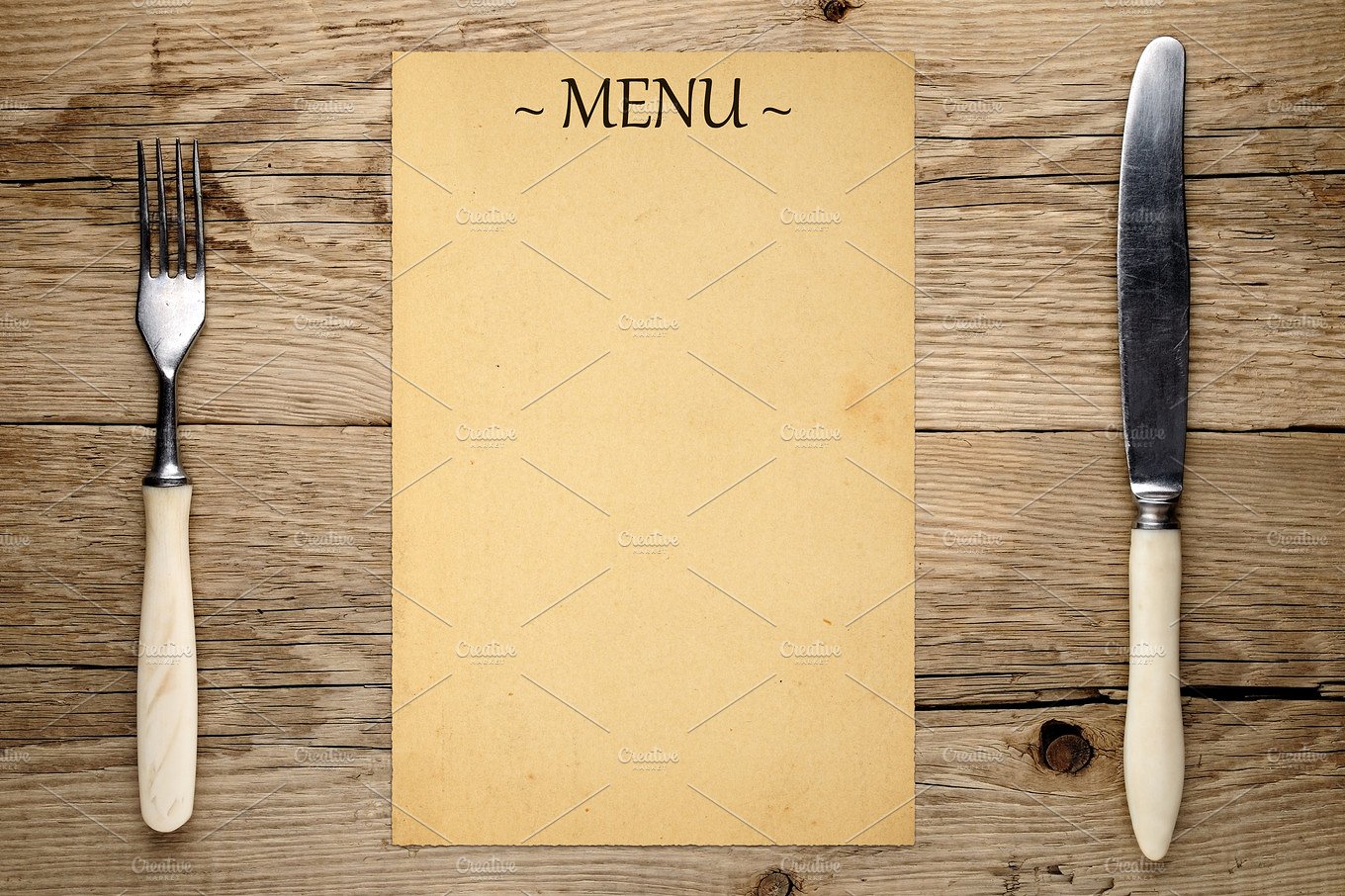 How was your experience? Reviews handled with confidence…

Enjoy and thanks for your custom.